You never thought you would be a cynic, did you? Neither did I my friend, you are not alone!

There was a time when I oozed optimism. As a law student I was very idealistic. I would work hard, get admitted to the Bar and become the best litigation lawyer that ever lived. I would save the world from injustice and set matters straight in the courts. So I hustled hard and strangely enough, I did manage to succeed. My idealism smashed through some barriers quickly. Not only did I avoid working the impossible hours lawyers normally put in, but I actually earned the firm I worked for money – something young lawyers were not expected to do.

However, I found my idealism as a budding lawyer challenged by something I noticed all around me. I was surrounded by Senior lawyers who were not happy. In fact, many who had not hit the age of forty had become downright miserable – some of them were those who were partners in the the firm. They earned so much more than I did and I begun to ask myself: How do people who seemingly have everything end up jaded and disillusioned so quickly? Perhaps they didn’t imagine the emptiness they would feel after their dreams came true!

Cynicism is not something other people experience; it is something you see growing inside of you. I remember a time when I was leading a legal department in a large corporation. When I joined them, they had no legal department and most of the files were kept in the MD’s office. So here I was, full of fire and optimism knowing full well that I would set up the department, hire the necessary people, put systems in place and ensure that everything was where is was meant to be. It was a fun and exciting journey and due to this we managed to settle quite a number of legal issues out of court. I slaved, day and night just trying to ensure no more legal suits would come our way. The Board was pleased with how things were coming along and the company saved a lot of money due to the reduction of legal suits.

However, the harder I worked, the more the phone calls from senior management increased. They got themselves into messes so many times. The institution seemed to go from crisis to crisis and I always assisted in whichever way I could. This was my assignment anyway. It’s not an exaggeration to say I spent more time in the office than with my friends and family. The issues begun piling up and my personal attention was required each time. I started to notice ingratitude and increasing neediness from senior management and at times helping them felt like I was trying to empty an ocean with a spoon, but I was determined to serve and demonstrate God’s grace.

Then one day they said that I am trying to steal the MD’s job. I was stunned. I followed up to try and find out what on earth had happened and I was told the same thing – you are outshining the MD! These comments cut directly and deeply into my heart. I tried to communicate that this was not the position, Afterall, I was still too young to be an MD of a large corporation. My words made zero difference. I didn’t know how to make the situation better. They didn’t want to make it better. I was shocked and angry and heartbroken. I actually didn’t have a category for what happened.

It was at that moment that I felt cynicism welling up inside of me. It’s like a voice inside of me was saying “Useless. Everything you did was a total waste of time and energy. And you know what? If they did that to you, others will too. So stop caring like you do. Don’t invest in people. People will just use you and reject you in the end anyway. There is no point!”

My friends, and that is how cynicism starts. Not because you don’t care but because you do care. It starts because you poured your heart into something and got little in return. Or maybe you got something in return but it was the opposite of what you desired. You fell in love, only to have the relationship dissolved. You threw your heart into your job only to be told you were being let go. You were completely there for your parents only to have them tell you that you are such a disappointment.

Most cynics are former optimists. You would never know it but there was a time that they were hopeful, enthusiastic and even cheerful.

So what happens? How do you go from being so positive to being so negative?

Can you relate? Does this sound like you Leader?

Stay tuned and next week we will pick up from here. Feel free to reach out to us. We would love to hear from you. 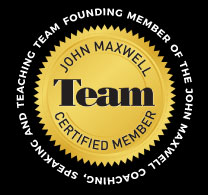